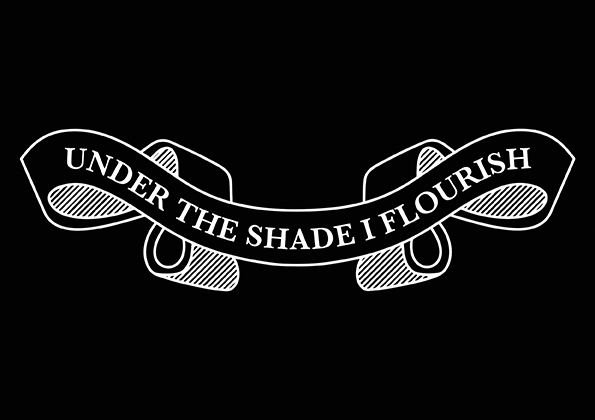 The non-uk domiciled billionaire Michael Ashcroft is a controversial figure, notable for “opaque tax practices” and “operating in the dark”. Whilst serving as a member of the House of Lords, he remained a non-dom despite promises that he would become domiciled in the UK for tax purposes.

In the mid-1960s Ashcroft briefly managed “an unknown rhythm and blues band” called Trident. Under the Shade I Flourish (2015-2016) imagines that he continued to do so. However, this is not a direct speculation upon another possible timeline. Incorporating feedback from the life Ashcroft did lead, Chris Alton engages in a cartographic process that involves the cross-pollination of both fact and fiction.

Working through simultaneous satire and celebration, Alton invokes seemingly incongruous juxtapositions, as a means of visualising the power structures in which we are all embedded – narrativising something that is too complex to be immediately comprehendible. The extrapolated band becomes a vehicle to explore the the very real exploitation of post-colonial countries as tax havens.

Alton’s recent exhibitions include; Outdancing Formations, Edith-Russ-Haus (2015), MEIL, Chisenhale Studios (2015) and each other, Wysing Arts Centre (Open Weekend) (2015). He was recently awarded; the Edith-Russ-Haus Award for Emerging Media Artists of the Sparda Bank 2015 and the Lewisham Arthouse Graduate Studio Award 2015.

For more information go to: www.xero-kline-coma.com