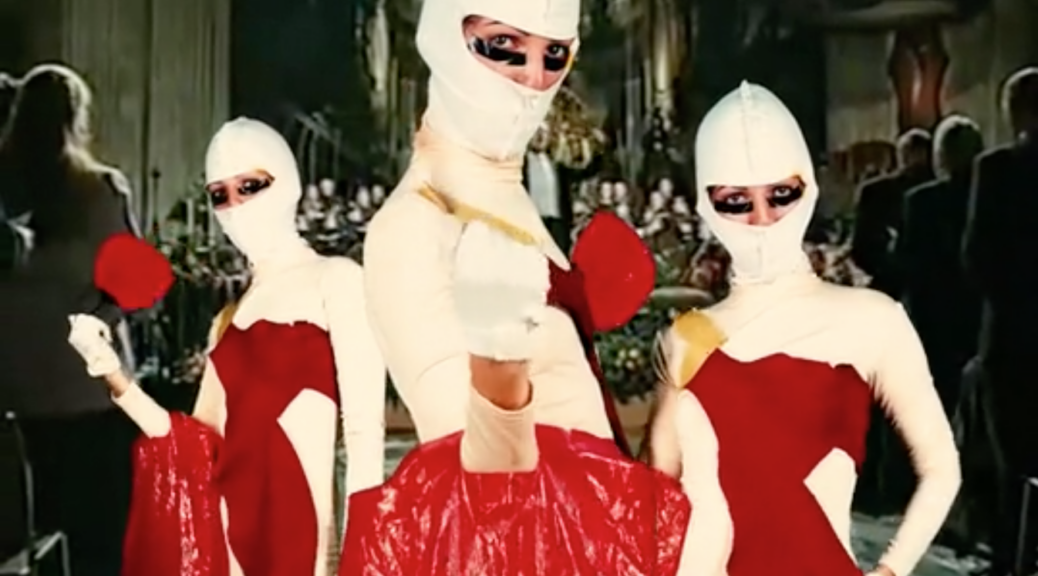 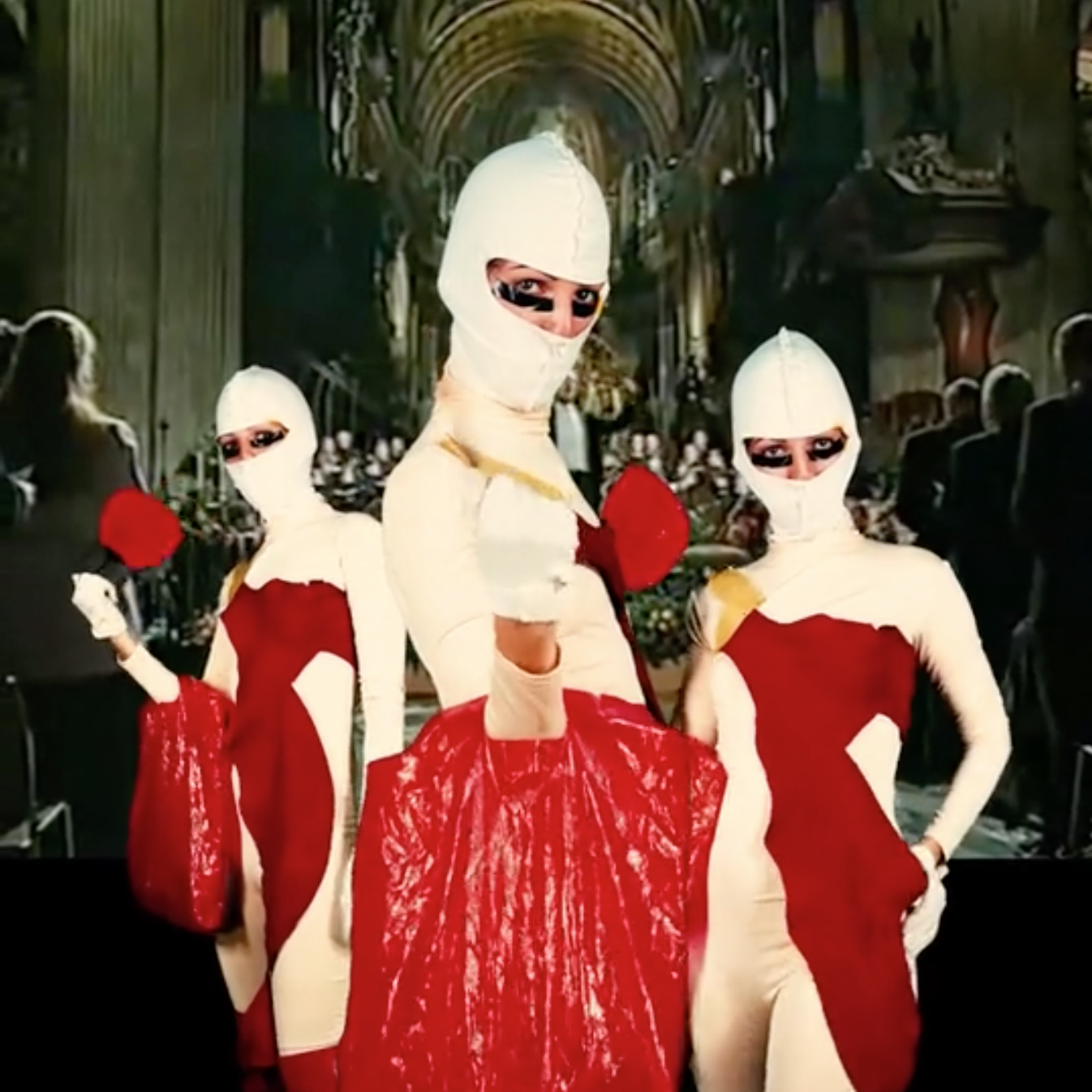 Leila Ziu makes live art, video, performances and installations. She works with music and musicians. In her work she often improvises for the camera in strange online spaces. Our interview took place at Lewisham Arthouse shortly after the lifting of lockdown. In our conversation we explore themes of art-making, including isolation, movement and ways of multiplying yourself.

Well, I’m currently working on a series of live a/v dance shows that are coming up in October / November. I’m also thinking of studying again, to have that interaction with other practitioners, post covid isolation.

Does this relate to your recent work?

Yes, I recently finished a project (Altered States on the Dancefloor, 2021) which acted as a creative coping mechanism during lockdown. I spent every day for several months building these 3 cgi dance/club worlds, getting lost in creating them – the space, performance, what sounds belonged there.

Lost in the software, or other things?

I got Arts Council funding to develop my practice – it was brilliant. I built my own editing PC machine, learnt After Effects animation, collaborated with dancers, musicians, artists and developed 3 new works all very organically. I never planned to create a ‘virtual club’, I just missed dancing and the work started to branch into these 3 worlds, where I felt I could live. But then it was a shame I was unable to show the work in a more critical way. I think ultimately it got lost online.

Kind of. I didn’t think about that part perhaps as much as I should have. But I learnt an incredible amount which I am happy for. Ultimately, I was left with a feeling of burnout and exhaustion. The project marked a culmination of certain ideas, explorations and technical skills that I had been building on for a couple of years, and after I was ready to move on.

How does it feel to move on?

It’s exciting to adapt one of the works into a live show, in a real physical space, with a real live audience. Working alongside Rian Treanor we’ve developed a new live audio-visual dance piece which we are performing at 3 festivals, No Bounds (Sheffield), Le Guess Who? (Utrecht) and Mira Festival (Barcelona). It’s great when the work travels and opens new doors where I can try something new out. 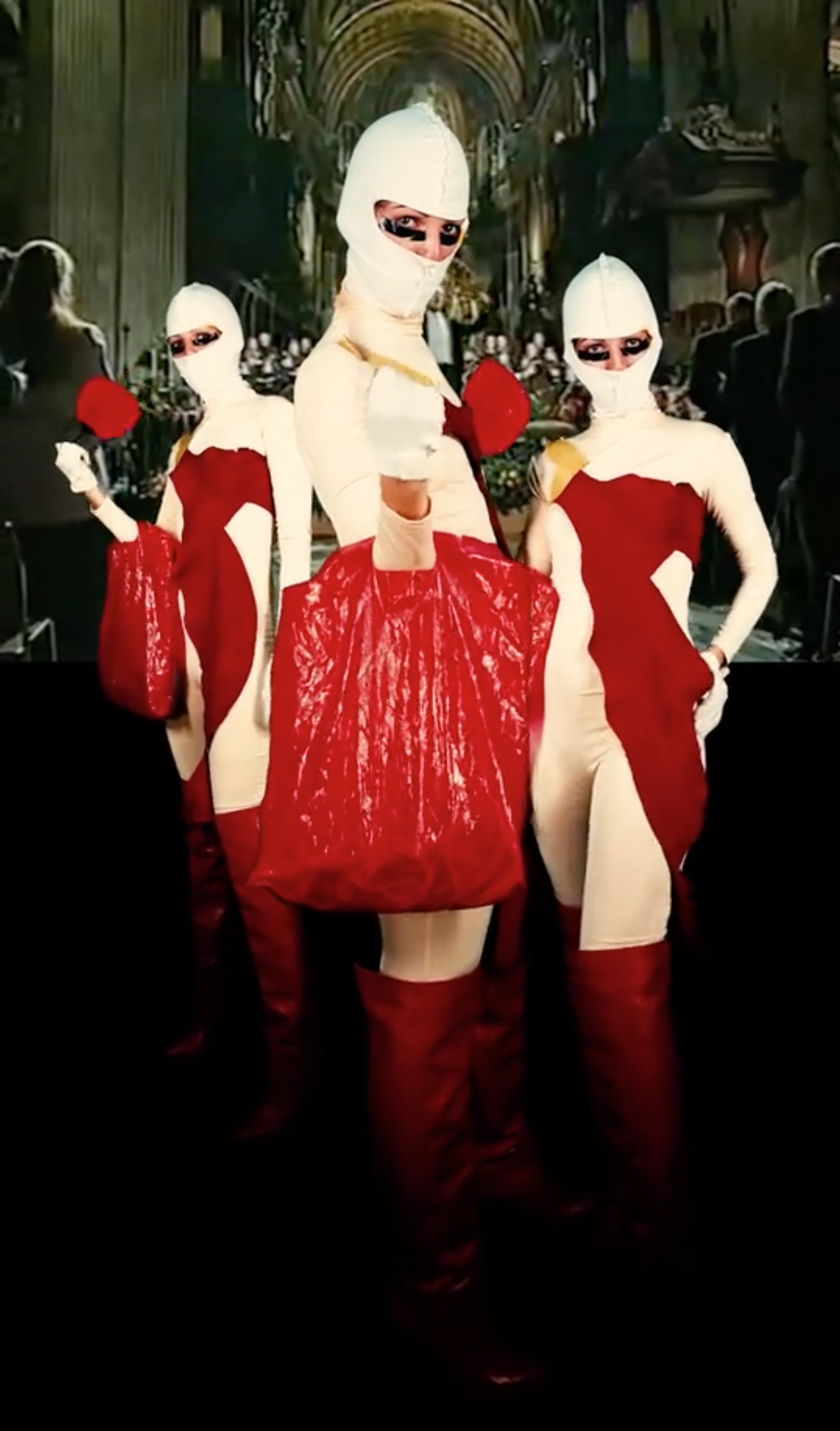 Talking of mysterious things, the figure in your new work – well, it’s not really a figure – the fractal or multitude or group version of the same person doing different things, wearing the same balaclava, framing the same eyes… Is that really you?

Yes. I’ve always put myself in my work, more so now by duplication. Exploring characters, voices, things I want to say through performance and costume.

How do they get there?

Nothing is planned, everything is improvised. I shoot and improvise and ideas start forming in that moment for the character or what I’m trying to do. It’s a kind of chaotic rebellious spirit, not overthinking things. I’m just trying to keep playing as an adult.

This puts me in mind of ‘Praying for us all’ – your fans simultaneously swatting us away, and beckoning us over some kind of weird threshold…

I like three-dimensional digital realms, and people being voyeurs into them. We live in such a silently voyeuristic world with social media. It’s a strange place.

Really? I think I’m quite inspired by this Tik Tok, voyeuristic setting and cranking it way up. It’s as serious as you want to take it.

How do you survive in that compressed realm?

By being perverse! Taking the idea of intense, me-me-me and smudging it, shining some light on those cracks.

I’m just trying to be and exaggerate and make mythologies!

How does it feel to watch them back?

I suppose it feels like I’m watching a feeling. And some videos transmit the feeling better than others when I play them back, and if one’s not communicating what I want it to communicate, then it’s a failure.

How do you feel about failure?

I think about failure a lot. Feeling like you can continue even when your art ‘fails’ is good. Some projects are catalysts, some punch bags, some no one will ever see, others win. But you’ve always got to keep going and pushing back. 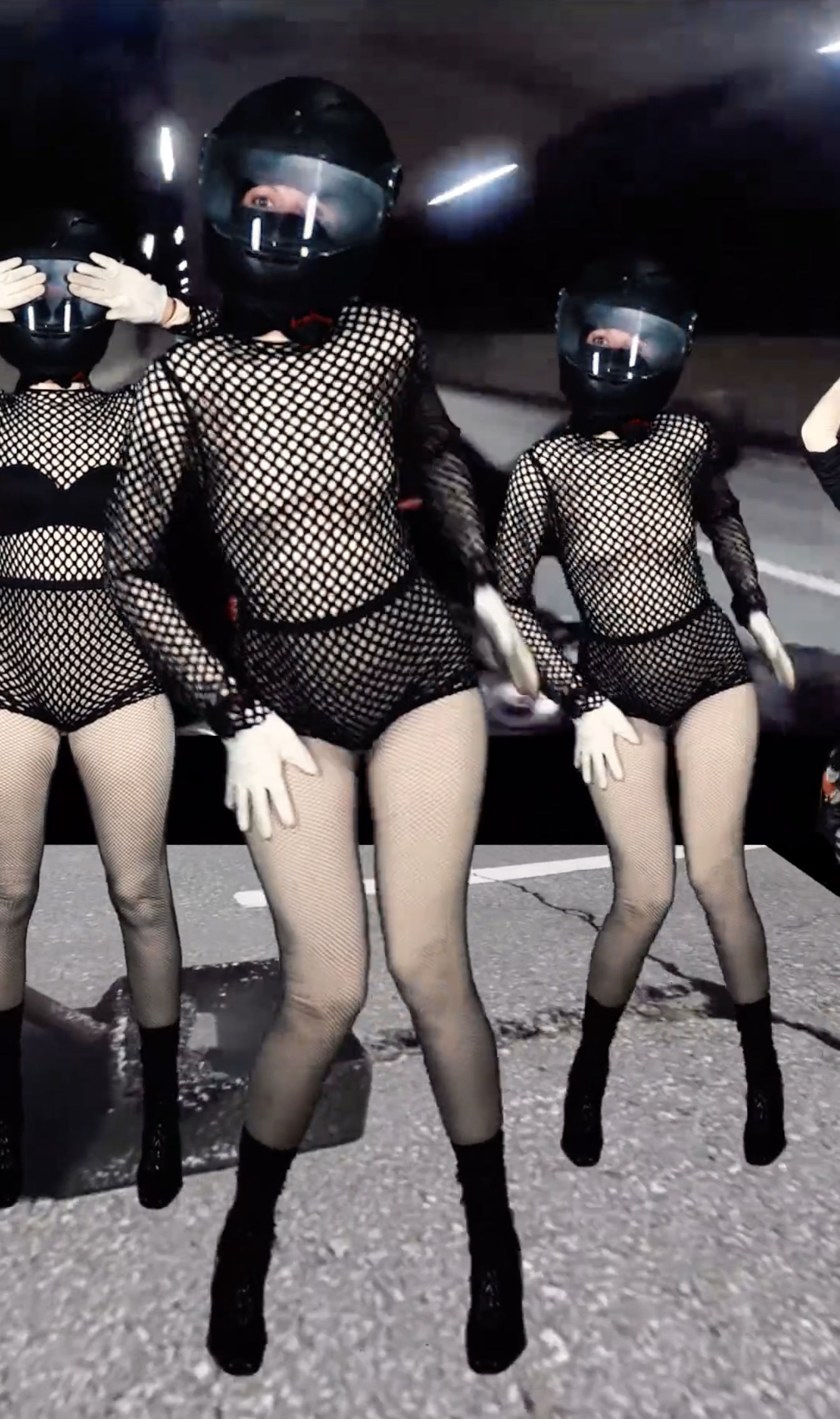 Do you try and avoid failure?

I make something, I step on it and I go somewhere else. It’s a transformational thing and so sometimes it needs to fail for me to get to the next place. Sometimes I probably even induce it.

Do culturally-encoded expectations make this more difficult than it needs to be?

Expectations are a big part of it now. There’s something about becoming a stereotype and then perverting it, regurgitating / smudging it that helps me breathe. It’s important for me to feel uncomfortable, to keep growing.

With ‘Hi, hello, hey’, you activate a kind of girl band. But the moves are crashing up against other things – the costume layers, for example, hiding as much as they reveal…

I’ve always enjoyed playing with the aesthetics and rules of pop culture – trying but somehow messing it up – adding my faults and something less perfect or preconceived. It makes me feel human and real and palpable for a moment.