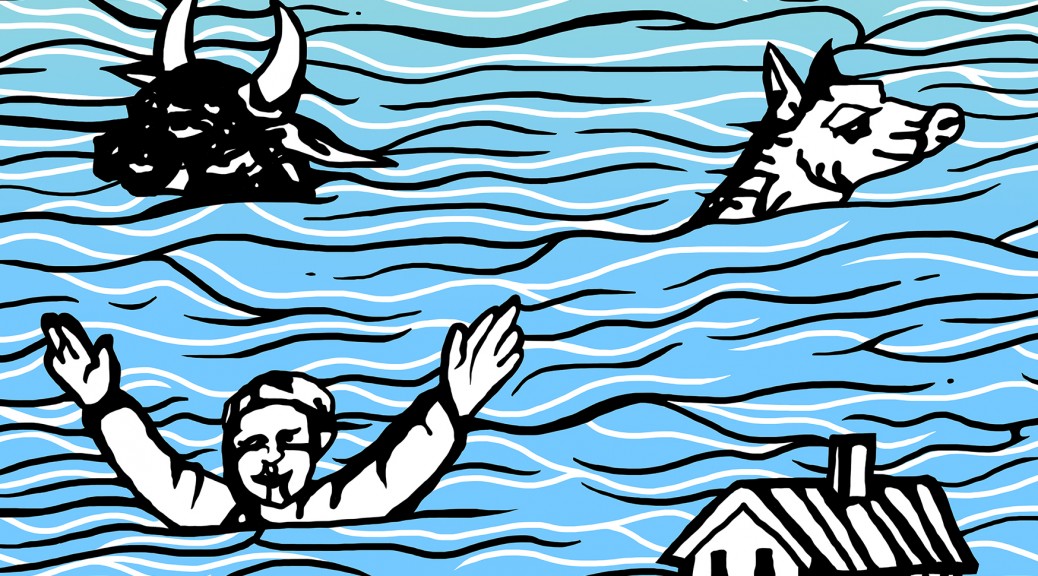 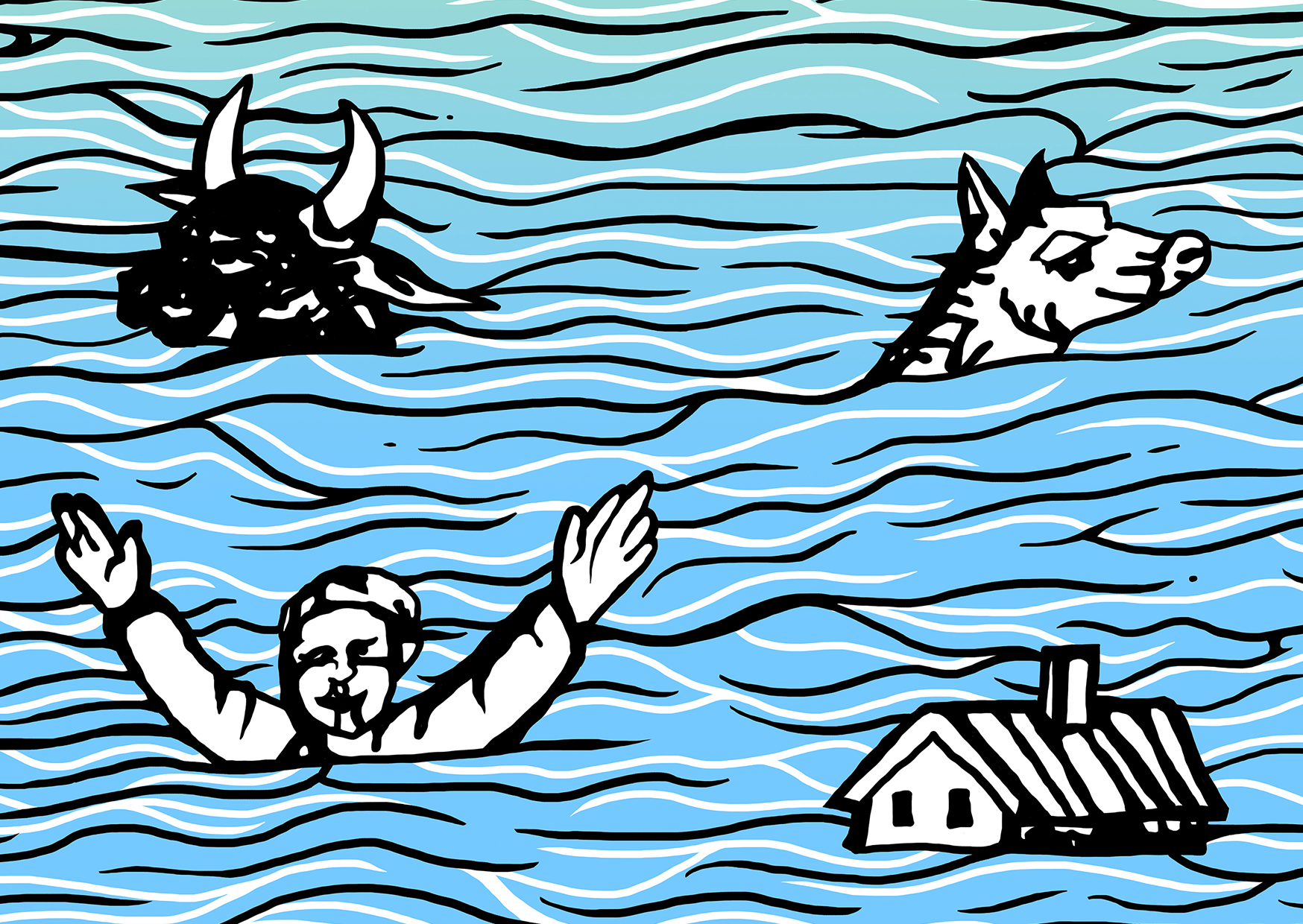 
Spit & Sawdust are pleased to announce their first Billboard Commission, Crudely Plucking the Strings by Chris Alton, which launches with an event on May 10th 2018. The Billboard structure will be sited in the outdoor yard space, as the first point of contact for visitors to Spit & Sawdust. The Commission’s aim is to provide a large-scale, site-specific platform for artists to develop new work, and increase the visibility of the creative programme within this multi-aspect venue. The first two Billboard Commissions are supported by The Arts Council of Wales and curated by Freya Dooley.
Throughout his practice, Chris Alton dredges up moments and ideas from the past, attempting to rethink them for and apply them to the contemporary world. Crudely Plucking the Strings reimagines the story of the 1607 flood of the Bristol Channel, which some hypothesise to have been caused by a tsunami. 2,000 or more people drowned, houses and villages were swept away. The local economy along the coasts of the Bristol Channel and Severn Estuary was wrecked by the destruction of 200 square miles of farmland it’s livestock. It is believed that Cardiff was the most badly effected town. A woodcut print is one of the only surviving visual representations of the disastrous event.

For Spit & Sawdust’s first Billboard Commission, Alton has created a speculative reworking of this woodcut, re-telling the 1607 flood with a new cast. St. Mary’s Church, the image’s original focal point, has been replaced by Hinkley Point C; the yet to be completed nuclear power station that sits on the southern bank of the channel. When it is finally completed, Hinkley Point C will be the most expensive power station in the world. It will perch on the edge of a precipice, vulnerable to the increasingly prevalent instances of extreme weather that are being experienced globally.

By mimicking the style of the original woodcut print, Crudely Plucking the Strings prefigures that which is yet to pass, training a sceptical eye on nuclear power as an answer to climate change. In many ways, this science fiction inspired image operates as an ‘early warning system’ and a call to action.