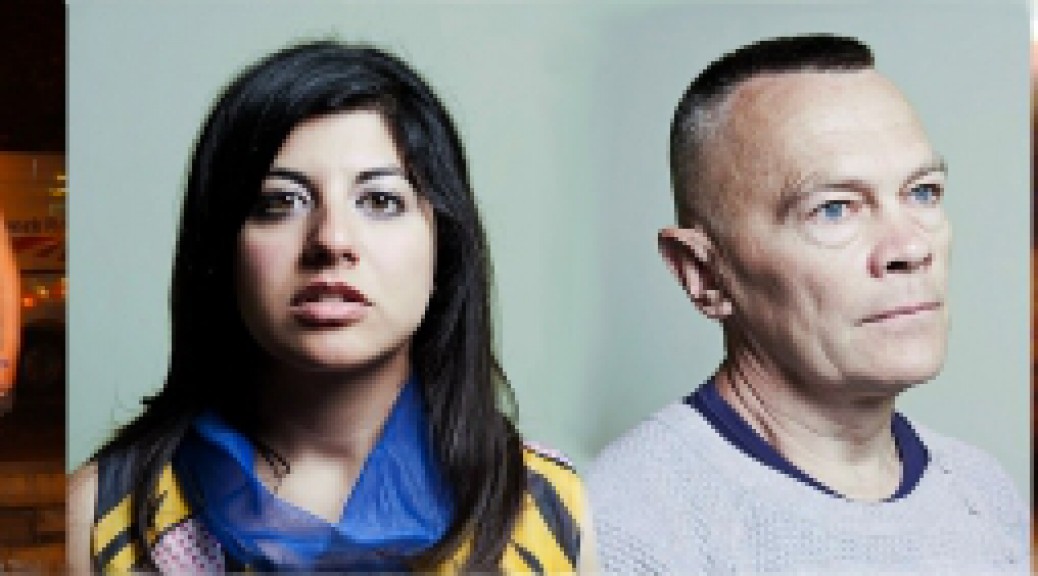 GERTRUDE are an alternative 4-piece band based in and around London. Formed as a collective in 1996 Gertrude soon caused a stir in many different London scenes. They enjoy playing gigs in a wide variety of venues – such as onboard the Motorship Stubnitz or alongside ‘punk robots’ at a science/art event at the ICA.

Gertrude weave electric cello, melodica, clarinet and keyboard with traditional rock instruments to create a unique sound. Live, the band is energetic, rhythmic and intense – their set often scattered with droll commentary and surreal musings. Gertrude have been influenced by punk rock’s ‘DIY’ ethos, feminist thinkers as well as numerous other bands, ideas, people and events. The band have toured Europe, Canada and the U.S. and have been asked to perform at various Ladyfest events. A new album LOVE AXE WISH LIST was released in November 2013 on their Urban Missfits label.
gertrude.bandcamp.com
www.facebook.com/Gertrude.music

ROSHI featuring PARS RADIO is the band built around Welsh-Iranian singer-writer Roshi Nasehi. Their music is a mix of sometimes radical interpretations of Iranian songs she grew up hearing alongside her own evocative and atmospheric songs. Her collaborator is Graham Dowdall who also works solo as Gagarin, is a member of Pere Ubu and former colleague of Nico, John Cale and many others. Roshi feat. Pars Radio have released several records to widespread acclaim. The most recent 3 Almonds & A Walnut (2013) “a beguilingly unclassifiable mix of traditional roots and crunchy avant-garde sound effects and beats”, The Independent (4 stars); “sophisticated cross-cultural urban art-pop… an original creative voice”, Songlines;
“Classic songs that transcend any “exotic” or “culture clash” boundaries…” The Quietus.

ANGELPOISE is a new project from Jo Thomas and Charles Hayward conjuring a primitive elegance from voice, laptop and drums. Is this electronic circuitry, city traffic or blood flow? A constant play with sense of scale and dynamics invokes a visceral field of mesmeric hypnosis. Earlier they thought to both wear pinstripe suits, but that seems inappropriate now that the sound has stated its stark, stern & unequivocal demands.
soundcloud.com/charles-hayward-1/angelpoise-the-strange-irony
soundcloud.com/charles-hayward-1/angelpoise-shifty