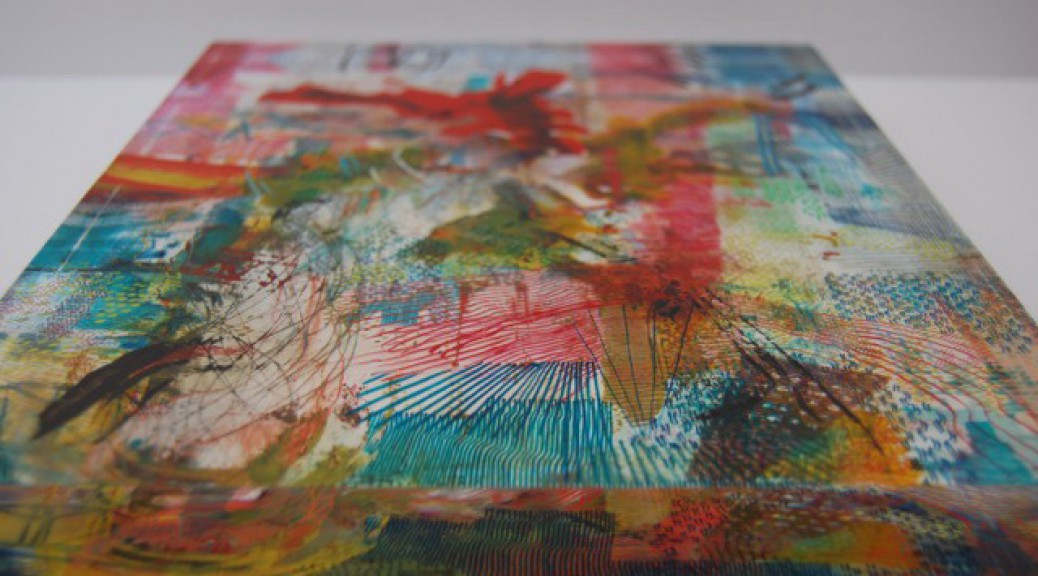 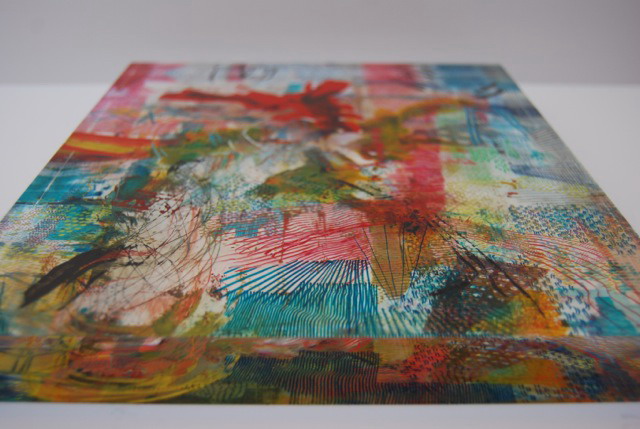 Repetition is the only form of permanence that Nature can achieve. – George Santayana

In many ways the act of making art can be seen as a means to impose a sense of permanence, to immortalise a moment, person or idea. Or perhaps to create something solid, something treasured, an object to be kept forever. In reality however permanence is a false ideal, the only possible permanent state being a state of impermanence. (Im)permanence brings together the work of four artists whose practices engage with the contradictions of this complex idea. The theme is repeated as an element of each artistsí work manifesting itself in a variety of ways. In bringing the works together we hope to open a dialogue between the individual approaches of each artistís working practice.

The private view will include a live performance by Charles Hayward adding an additional dimension to the exploration of this theme. The performance will feature two new pieces ‘SHUDDER’ and ‘CHAPELWHITE’, integrating elemental projections of video shot by Hayward, electronics of reconfigured voice samples and resonances of slowed down and manipulated bells, given in-the-moment social context by Hayward’s live drum performance. Sound art with funk backbeat.

Lucy Harker paints with varnish and oil paint. By their nature the materials are hard wearing and solid. In contrast the images are fragile explorations of mortality. Delicate portraits emerge from organic looking forms. Themes of fragility and mortality are undermined by the sculpted relief and careworn solidity of the surface, like treasured fetish objects. The outcome is contradictory, maintaining a conflict between permanence and decay, the synthetic and the organic. She is interested in the tensions created by contradictory relationships in painting and this becomes apparent through the conflicting elements within her work.

Tom Hemming works figuratively in oil paint focusing primarily on portraiture. His paintings attempt to engage with time and movement rather than a direct likeness or static moment. Working from drawings done quickly from life, the paintings are made over a period of time, removed from the subject. The intention is to capture a sort of perpetual flux more closely related to the perceived reality of lived experience. Any likeness is incidental, found through the distortions of time, movement and the painting process. The time described in the image is replaced by the time spent painting and left evident in the mark making.

Trevor Simmons’s heterogeneously accumulative drawings- amass upon the two parallel sides of a clear perspex block. Circumnavigation causes the assemblage of marks (made with coloured inks), ranging from the swift and the observed to the filamentary and the protracted, constitutes of the two opposing sides to alter in relation, without rendering the synchronicity of the object’s non-predetermined image(s) arbitrary. They hover- on the brink of becoming.

Russell Terry shows a large paper sculpture of a sarcophagus alongside a selection of two dimensional, composite paper cuts. Intricately cut and intrinsically delicate the monumental architecture of the sarcophagus creates a tension with the fragile paper. The ephemeral nature of the material and the shifting opacity of the planes contrast the human obsession with permanence and mortality evoked by the sarcophagus itself. The works achieve a particular state of ambiguity that is usually found in drawing – a shifting between solidity and transparency, a ‘state’ that isn’t fixed at all and one that is properly reserved for forms within the imagination.

Charles Hayward Drummer/songwriter with astoundingly prescient prog/industrial/post-punk soundscapers and electronic pioneers This Heat, later working with Fred Frith and Bill Laswell in Massacre and more recently a key contributor to improv kraut/jazz/pop quartet About Group, Charles Hayward has been a tireless collaborator, prolific solo artist and performance artist for well over 40 years. Evidence places his solo sets at the confluence of post-punk abstraction, percussion attack and spoken-word agit-prop; minimalist fragments eked out on drums, loops and voice broken up by spells of hypnotic drumming.