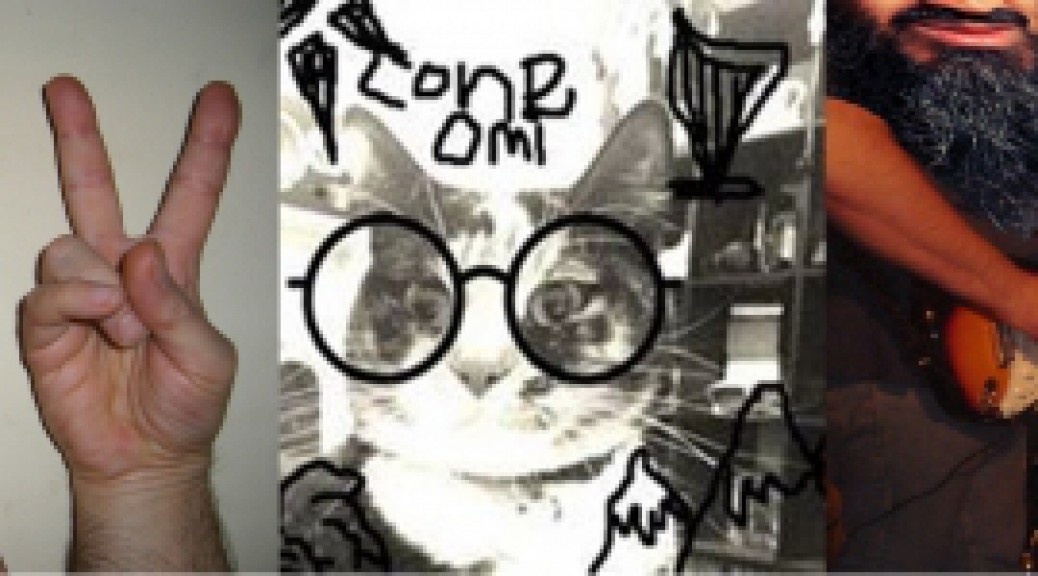 LONE OMI sings songs about mountains and rivers and heartbreak…
I am the Sun video: www.youtube.com/watch?v=YONe1cwJxZE (Preview)
Facebook
Soundcloud

THE BALLOONS: Fuelled by passion and commercial indifference in equal measure, The Balloons have evolved from being completely unknown to utter obscurity in a mere 35 years.
With an energy to rival that of terminal invalids at least 25 minutes their junior and a unity of purpose that belies their capacity for persistent squabbling, The Balloons remain the dark and cheery purveyors of juddery, shuddery, jittery, jottery, scuttlesome jat they always was.
Jock? Razz? Who gives a monkey’s makeover!!?
http://theballoons.wordpress.com/
theballoons.bandcamp.com