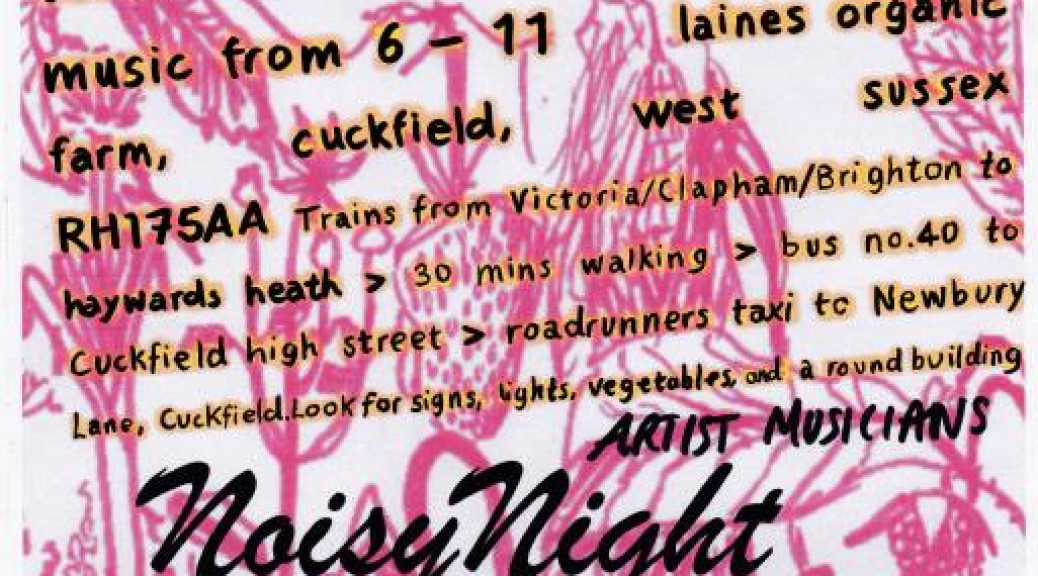 Members Kerri Jefferis and Sophie Chapman are playing with their band Molejoy.

Emerging artist musicians will share their sounds on this cosy noisynight at Laines Organic Farm… Once again The Round Building, (known locally as ‘The Pumpkin Palace’) will host an evening of fun, food, fire and friends. Suggested donation entrance £2-£8/pay what you can.

Vegan food and drinks will be made using farm produce and sourced from a local brewery served from 5pm on a suggested donation basis.

Trains from Victoria/Clapham/Brighton to HAYWARDS HEATH > 30mins walking to Cuckfield Village > bus no.40 to Cuckfield High Street > roadrunners taxi 01444443300 is £5.50

Once you’ve reached Newbury Lane look and listen out for signs/lights/vegetables/The Round Building! Welcome!!