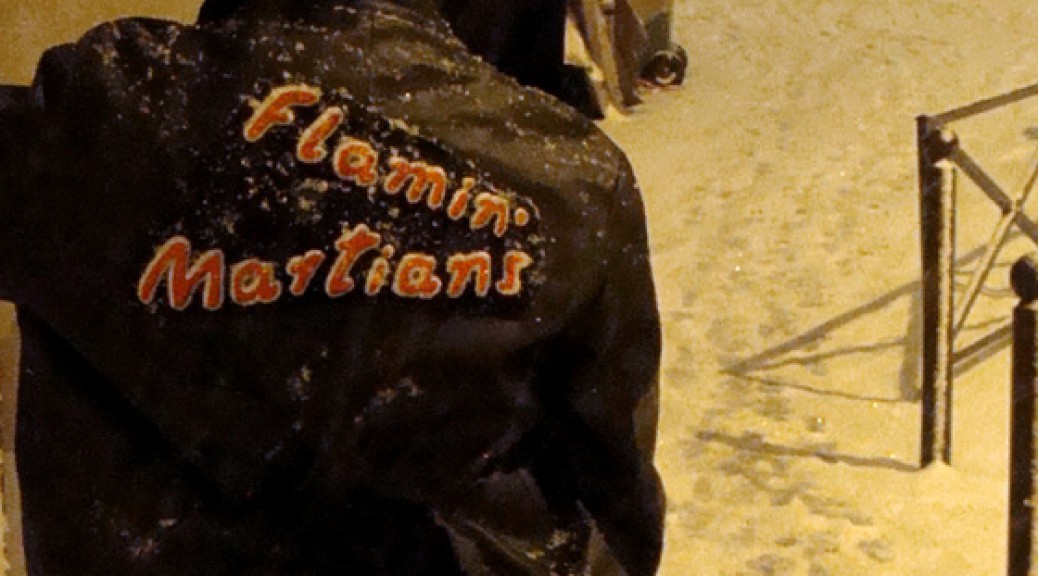 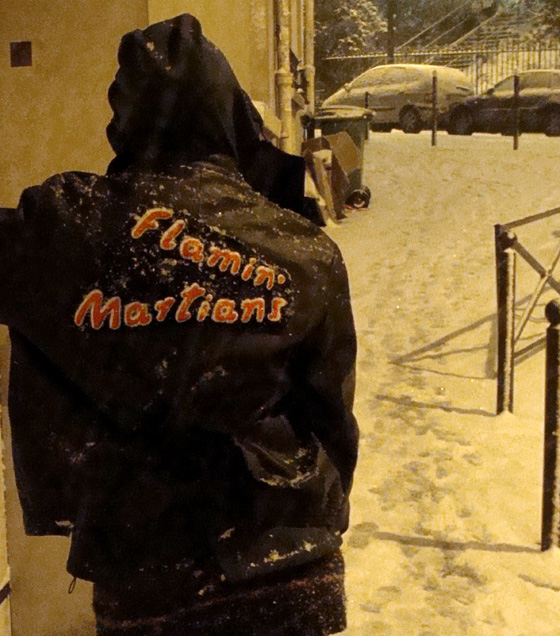 Eero Tiitula
I first came across Flamin’ Martians in Glasgow in early 2008. I was scraping together my weekly food budget as a living statue, when someone handed me a deep fried disc wrapped in a greasy flyer… such are the unexpected scraps of life that feed the alternative world of Flamin’ Martians.
Contradictions are their essence. Fine art is renounced, yet fine art fuels the Flamin’ Martians’ unsigned flyers and untagged graffiti. Members identify themselves to each other by wearing leather jackets bearing a symbol. Flamin’ Martians denies its existence as a group, yet leaves its traces everywhere to the initiated. To the uninitiated, however, the traces appear to lead nowhere…

A retrospective is usually expected to bind together various lines of development, to tell a coherent story. Flamin’ Martians shuns the simplicity of Aristotelian dramaturgy: the beginning is not known, the end does not exist, and the confusing middle does not help to construct either one of them. Such fragmentation and inconsistency is what provides the element of surprise and excitement.

Flamin’ Martians is above all a manifestation of the 21st century counterculture. Behind its pseudo-religious rhetoric and symbolism lies a genuinely agnostic world view.

Expect the unexpected, we invite the uninvited.