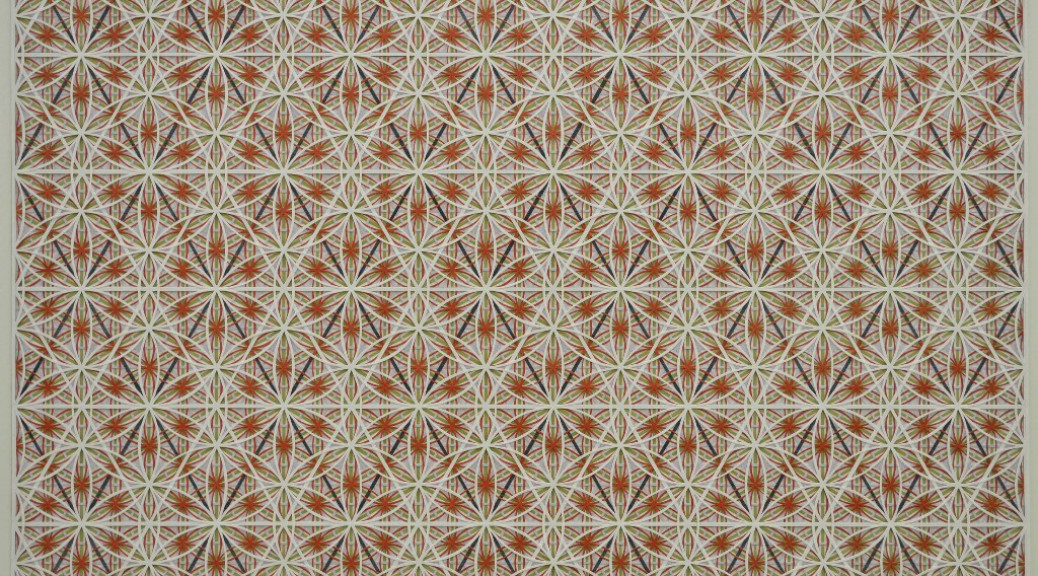 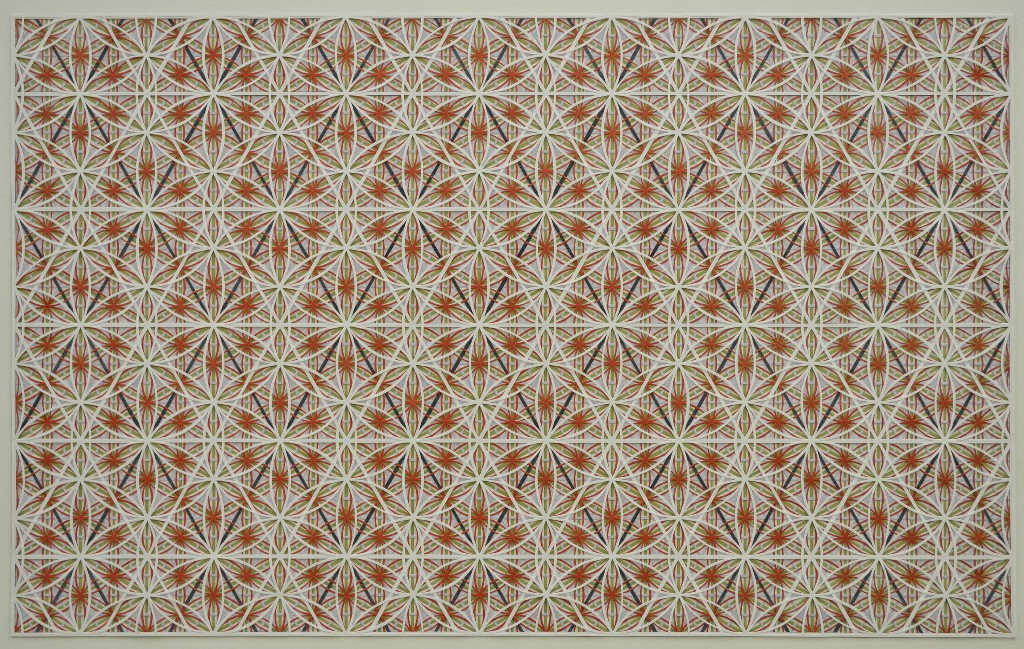 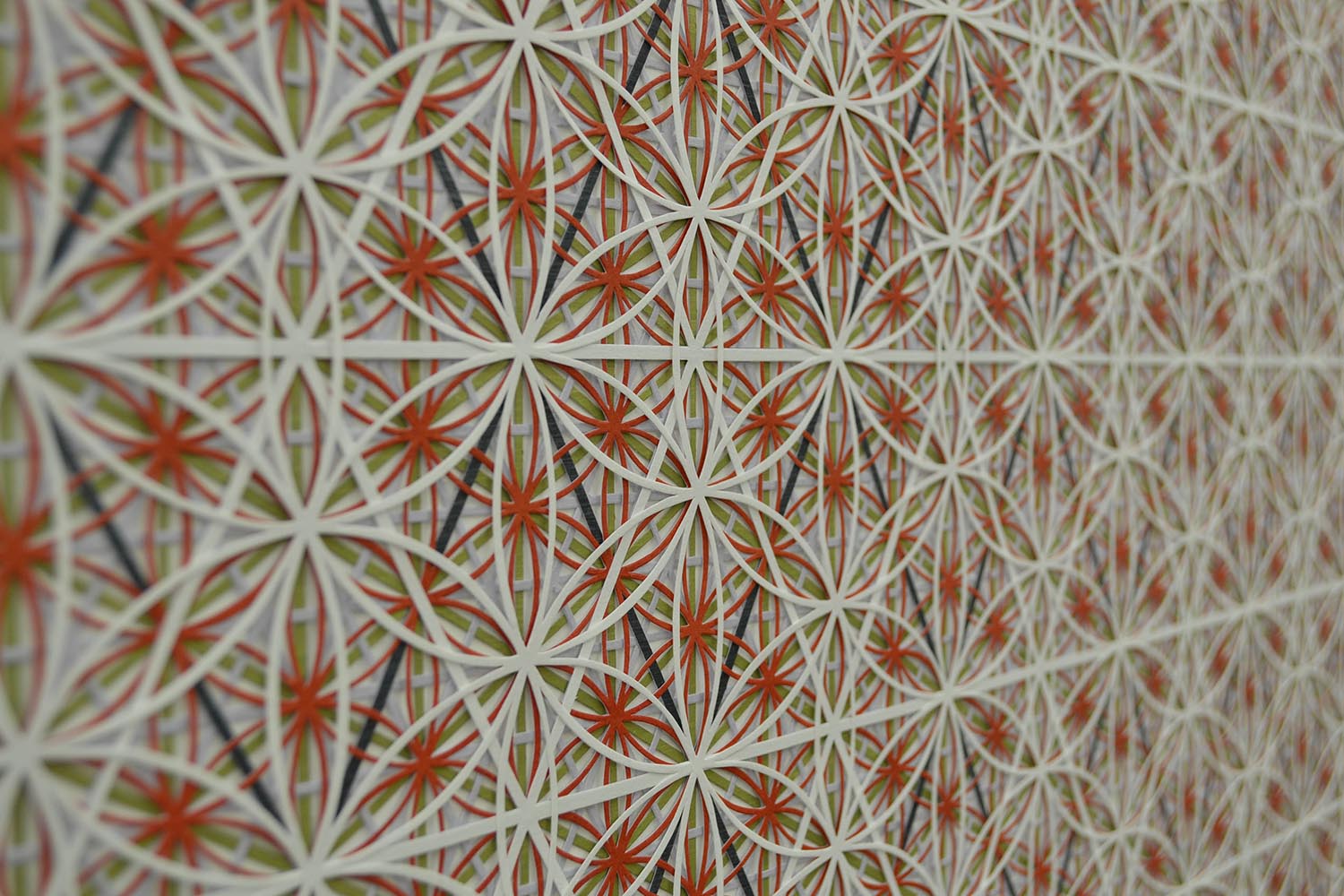 This collection of work by seventeen artists, showing diverse and unique methods and interests, is waiting for an infinite tapestry of connections to be woven across it.

The title of this show is borrowed from Jorge Luis Borges. The Garden of Forking Paths is a beguiling story about an impossible book that is also a labyrinth. Borges was famous for condensing complex, paradoxical ideas into incredibly short fiction, much of it expressing his attraction and/or frustration with the “muse of impossibility”. He considered the composition of huge books “an impoverishing extravagance” and chose instead to maintain the ambiguity and potential perfection of his ideas, by writing commentaries on imaginary books. Even with such a solution, the inevitable failure to realise an idea before it transforms into a new one, keeps us starting afresh. Our ideas occur so much faster than the process of realising them. From the first step out of imaginary space, they have to contend with unforeseen practicalities and suffer the inconvenience of existing unambiguously. By the time we finish/abandon them, influenced by manual discovery, they are rarely the same idea. Looking back over our finished/abandoned works, we often see that each one contains the seeds and reflections of so many others, made and unmade.