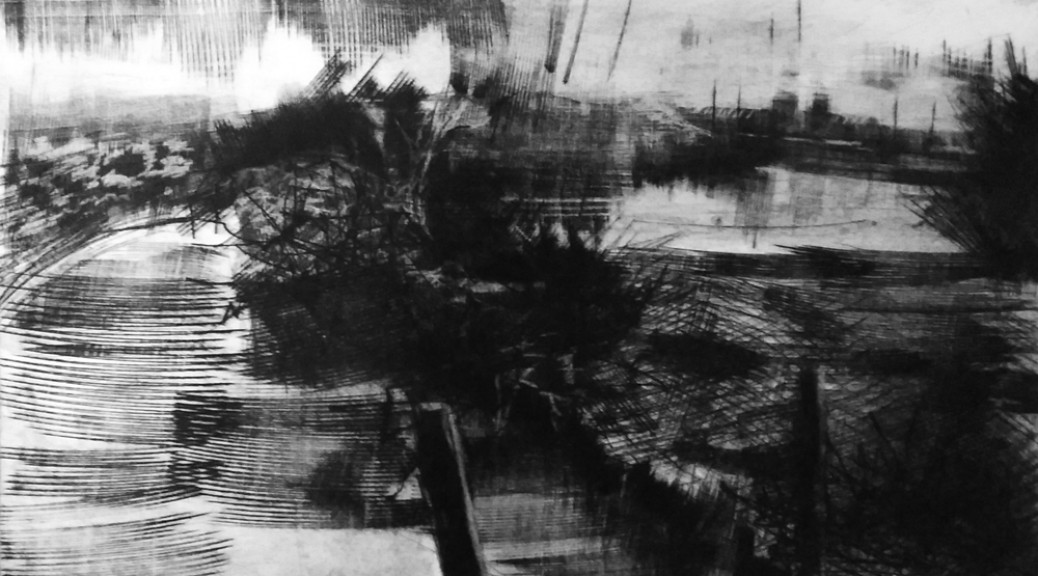 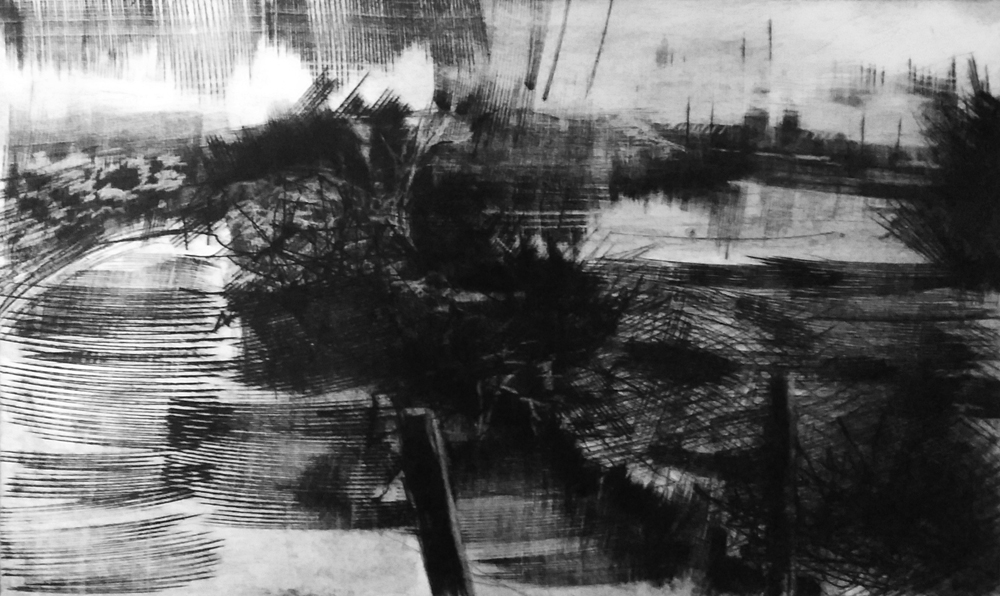 “The condition of liminality is a state of transition, of suspension on the threshold between one place, time or state of mind and another. It involves ambiguity, uncertainty and the dissolution of order, identities and outcomes thrown into doubt, speaking of borderlands, faultlines and indeterminate places… The exhibition features print, photography, film, installation and sculpture.”

Rosey Prince’s work in the exhibition, which includes mezzotints, drypoint and painting, has been inspired by a series of walks along the Thames estuary, and continues her interest in the transience of place. The marshes and the river remain constant yet shifting against monumental structures such as power stations and pylons which temporarily dominate the horizon, until demolished or left to ruin allowing the landscape to reinvent itself. These images focus on the desolate yet hauntingly beautiful landscape of the estuary and the uneasy relationship between the semi-rural and the semi-industrial.